Do I Need to Floss? 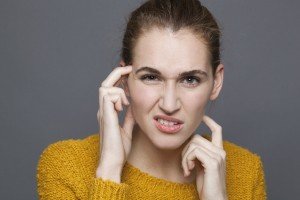 We all tell “little white lies” from time to time…

For example: Apple thinks I actually read their Terms and Conditions before clicking ‘agree’, and most of my friends are under the impression that I have never seen an episode of Keeping Up with the Kardashians. And yet here I sit, uncertain if my iPhone is spying on me, but absolutely convinced that Khloe K and I would be BFF’s if she would only respond to my letters.

We all tell these small untruths in order to protect the few shards of our dignity that survived into adulthood. It starts to get ridiculous however, when we issue a bold-faced lie to the very people who can easily find out the truth. In this case, I am speaking about every check-up I’ve ever had with my dentist.

Does this sound familiar? “Of course I floss, doctor; once a day and twice on Sundays.” [You then pause for your dentist’s judgmental glare as a cloud of skepticism fills the room]

Let’s get real: I don’t floss … According to recent statistics, YOU don’t floss … Your dentist’s wife? Yeah, I doubt even she does it. NO ONE FLOSSES! In fact, the only one I know who does scrub between her teeth regularly is my 8 year old golden retriever. AND that’s just because she’s usually within a “paws length” of her doggy dental treats; and because they taste like bacon.

We lie to our doctor’s about flossing because we’ve all been told that flossing is an essential element of our oral health regimen, and we feel bad for not doing it. Well, it’s looking like my fellow liars and I have one less thing to fib about because it seems like flossing may NOT be as big of a deal as we previously thought.

Firstly, why do our doctors tell us to floss? As explained by Dr. Elizabeth Palermo of livescience.com , “Cavities [and gum disease] … form when bacteria living in the mouth digest carbohydrate debris left on the teeth [and under the gums] after you eat.” Flossing can clear the spaces in your mouth where food debris accumulates, thereby depriving the (cavity and gum disease causing) bacteria of anything to digest. Pretty sound reasoning, right?

It turns out though, that the effectiveness of flossing has never actually been tested! The Dietary Guidelines for American’s, an agency under the federal Department of Health and Human Services, requires all of its recommendations to be “grounded in scientific evidence”. Flossing has failed to meet this standard. The Associated Press even took a look into this issue, and after reviewing 25 different studies, they found no definitive correlation between flossing and the prevention of oral disease.

Despite these revelations coming to light, most dentists are sticking to their guns on the flossing issue. Who know’s? They might even be right in the end. And that’s the point: Although flossing has been a professionally trusted (and highly recommended) health practice for forty years, all of the data STILL isn’t in yet.

To floss or not to floss. That is the question – Whether ‘tis nobler in the mind to suffer the slings and arrows of outrageous guilt inflicted by our dentist’s or to take arms against a sea of unverified scientific claims.

The choice is yours.